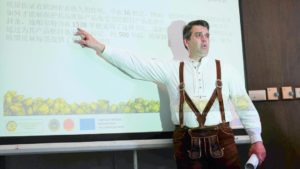 Representatives from the German Hop Processing Cooperative HVG (Hopfenverwertungs-genossenschaft e.G.) were talking to an international audience of beer experts at Asia’s largest and most important beer industry exhibition “China Brew and Beverage” in Shanghai in October 2016. Interest in HVG’s products was high as visitors were flocking to the HVG booth.

Carlos Ruiz, HVGs International Sales Manager, gave a speech at CBB titled “German aroma hops and their role in the beer industry”. Ruiz explained the details of quality and traceability of hops from Germany and the advantages of using hops products that consistently deliver the same high level of quality and purity. German hops are certified by the European Union with several seals that guarantee its quality. Mr. Ruiz described how the quality procedures are implemented in every step of the production process. In the audience at China Brew and Beverage exhibition were many beer industry experts from China and abroad. 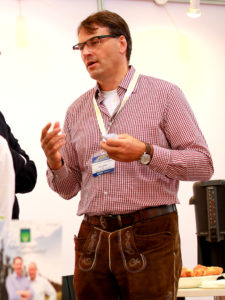 Germany is one of the largest hops producing countries and many visitors took the opportunity to talk to HVG’s Chairman, Dr. Erich Lehmair. According to Lehmair, Chinese customers are very demanding in terms of measurable and guaranteed quality of hops pellets from Germany. ”This are our strong point and that is where we excel” says Lehmair. He adds: Every bale of hops is sampled and tested for more than 500 chemical components. This procedure guarantees every batch of hops has the same high level of quality.

Traceability of each hops bale to its producing farm was also discussed. “Chinese customers perceive the traceability of our products as a definite advantage over other hop products.” explains Lehmair. The team from HVG also brought some hops from Germany to sample for potential customers. Chairman Lehmair explains that besides traditional hops types, new flavor hops are also gaining popularity. For example, many craft beer brewers are now interested in hops varieties that have a flavor that is fruity, reminds of mint or even wine. All of which are provided by HVG. 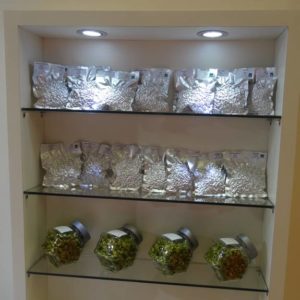 China Brew China Beverage (CBB) is the most important international trade show for the beverage industry in China. Only industry experts and employees are allowed to participate. The trade show has a reputation to show a comprehensive display of the latest developments in the beverage industry. This year, the exhibition covered about 100,000 square meters and had roughly 800 exhibitors from around the world. Two new concepts, “Industry 4.0” introduced by Germany and “Made in China 2025”, offered new ideas on how to go from mass production to smart manufacturing. Providing high quality raw materials, such as EU-certified hops from Germany for premium and craft beer, is a key component of these concepts.