HVG will be at ‘Craft Beer China’ exhibition in Shanghai 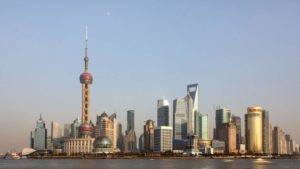 Carlos Ruiz, International Sales Manager from the German hops marketing company HVG (Hopfen-Verwertungsgenossenschaft e.G.) will be a featured speaker during the annual China Craft Beer conference in Shanghai. In his speech on May 18th, 2017 at 11:30 in seminar room 2, he will talk about the traceability and quality of hops from German cultivation.

From May 17-19 2017, brew master, equipment makers and raw material vendors from around the world will come together in Shanghai to share the latest insights and technological advances in craft brewing. This year HVG will participate at the conference and at the exhibition. The booth of HVG is located at C28.

Craft brewing has turned from a movement of a few beer enthusiasts to a market force that is influencing every beer maker in the world. New tastes and hops varieties are becoming influential trend forming entities in the market. As a result, many of the largest breweries are now offering their own sub-brand of craft beer.

Craft breweries are making their debut in every large city in the world. New York, Berlin and Sydney all have a sizeable number of typically small-scale, in-the-back-of-the-pub breweries. In Asia, Shanghai is at the forefront of this movement. It is home to a large number craft breweries, with new breweries seemingly open every other week.

If there is an important trend in craft brewing, it must be the increased level of professionalism. The fact that there is a conference dedicated to equipment, technology and knowledge centered on craft beer, speaks volumes about how far the industry has come. Therefore, if you are in the brewing industry and interested about the latest advances in quality assurance of premium hops, such as the traceability from farmer to brewery, do not miss out Carlos Ruiz speech at China Craft Brew in Shanghai. In addition, you can directly talk to HVG representatives at Booth C 28.