Craft beer in Shanghai – A multitude of tastes 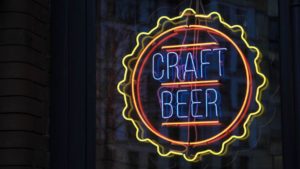 It all started back in England in the 1970s, when a few enthusiasts started to offer beer brewed in small batches. As a counter movement to ever larger breweries, beer lovers opened what was then called micro breweries. Eventually, a trend formed and spread to other countries like the US. Here, the beer makers called themselves craft brewers.

In China, it was a few expats and Chinese enthusiasts that started the first craft beer pubs in the urban centers of Beijing and Shanghai. But China is not only the most populous country in the world; it is also the largest beer market. Thus, it comes as no surprise that craft brewing quickly developed in China.

China’s rebel brewers of yesterday, like Boxing Cat in Shanghai, have become the role models for the newcomers. And although the output of the brewing pubs is small, their use of technology is impressive. Computer controlled equipment together with high-quality ingredients, like hops from Germany, is the new standard. German hops are protected by the EU and are products of origin. German hops are displaying the EU quality labels PDO (Protected Designation of Origin) respectively PGI  (Protected Geographical Indication).

At a craft brewery in Pudong’s Kerry Center, the local brew master explains that the use of technology makes it possible for him to strictly control the taste, alcohol content and brewing process of his craft beer. This helps to produce beer with exact taste properties.

It is fair to say that craft beer has become a strong trend, not only in Shanghai, but all over China. This trend is now spreading from the big urban centers to smaller cities all over the country. Aroma hops from Germany is helping Chinese craft brewers to create unique flavors that can only be found in China.