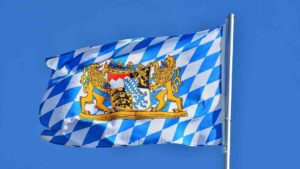 If you have been to Germany during March, April or May, you might have noticed a beer that tastes and looks different from normal Ales or Pilsner. Especially in Bavaria, there has been a long tradition of producing bock beer.

The style known now as bock was a dark, malty, lightly hopped ale first brewed in the 14th century by German brewers in the Hanseatic town of Einbeck. The style from Einbeck was later adopted by Munich brewers in the 17th century and developed into the new lager style of brewing.

Technically speaking, the difference between the original gravity of the wort and the final gravity of the beer is an indication of how much sugar has been turned into alcohol. The bigger the difference, the greater the amount of alcohol present and hence the stronger the beer. This is why strong beers are sometimes referred to as high gravity beers.

As beer connissours already know, these beers also have a special taste that stems from the higher than normal content of amino acids, vitamins, and sugars. This, and the relatively high alcohol level, gives bock its special character. Taste a real Starkbier made with German hops. German hops are protected by the EU and are products of origin. German hops are displaying the EU quality labels PDO (Protected Designation of Origin) respectively PGI (Protected Geographical Indication) and guarantee European high quality products.