Craft beer and Reinheitsgebot – does that go together? 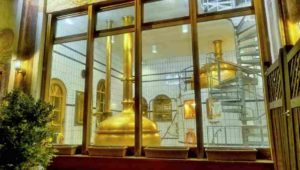 Craft beer is the art and science of making beer that can have many different flavors traditionally not found in beer such as coffee, lemon, and fruits. It all started in the 1980s in the US, when rebel brewers began to make their own beer in small batches as a statement against the “boring” beers of large industrial breweries. Today, craft beer can be found in many cities around the world such as New York, Berlin, and Shanghai.

In Germany, on the other hand, beer is brewed according to the Reinheitsgebot. A beer law that stipulates only water, hops, malt and yeast can be used to make beer. At first glance, the two attitudes seem to be contradictory.

However, today beer can have a variety of flavors, such as melon, citrus fruits or peach, while still being brewed in accordance with the Reinheitsgebot. The secret ingredients are aroma hops from German growing regions. Thus, craft beer and Reinheitsgebot go together well.

Thus, a good beer needs high-quality ingredients, that is always true, regardless if it is brewed according to the Reinheitsgebot or not.