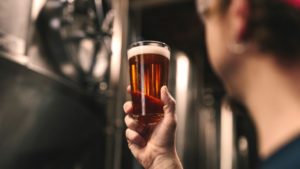 The German Beer Purity Law (Rein-heitsgebot) is the collective name for a series of regulations limiting the ingredients in beer in Germany. It is known to beer lovers all over the world as a standard for quality.
The most influential predecessor of the modern Reinheitsgebot was a law first adopted in the duchy of Munich in 1487. After Bavaria was reunited, the Munich law was adopted across the entirety of Bavaria in 1516. According to the 1516 Bavarian law, the only ingredients that could be used in the production of beer were water, barley and hops.

Originally, the Bavarian law of 1516 was introduced in part to prevent price competition with bakers for wheat and rye. The restriction of grains to barley was meant to ensure the availability of affordable bread, as wheat and rye were reserved for use by bakers.

Currently, the law in Germany stipulates that only water, malted barley, hops and yeast be used for any bottom-fermented beer brewed in Germany. In addition, the law allows the use of powdered or ground hops and hops extracts, as well as stabilization and fining agents such as PVPP. Top-fermented beer is subject to the same rules, with the addition that a wider variety of malted grains can be used, as well as pure sugars for flavor and coloring.

Today, the Reinheitsgebot is used as a marketing tool in Germany and abroad together with EU quality labels such as Protected Geographic Indication (PGI) and Protected Designation of Origin (PDO) which are often applied to hops, an important beer ingredient.